According to design lead Joen Asmussen, “We are working hard to improve the WordPress editor for everyone. To do that we are employing a ‘block’ based interface to help surface features which in the past would require custom HTML or shortcodes. It’s a big undertaking, and we appreciate contributions.”

State of the Word speech:

During last year’s State of the Word speech, Matt Mullenweg emphasized three main focus points for WordPress in 2017, the editor, customizer, and the REST API. The WordPress REST API and the customizer have been extensively discussed over the last year, but the same can’t be said for the WordPress editor. WordPress began as a blogging platform, and while it’s grown to power more than 28 percent of the web, it still holds those roots very dear.

If all goes well, we’ll have an editor that will not only help people write easily but will have a ripple effect on the growth of WordPress platform itself,” 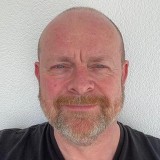